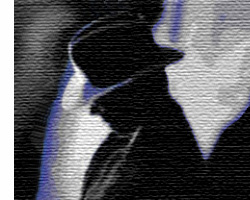 Of course, all of this nonsense has the overall far-fetched characteristics of an implausible and poorly conceived (if you'll pardon the expression) work of fiction . . . except for one thing: Mystery Man is me. And it all happened.